‘Snowden’ explores the integrity of heroism

Heroes come in many forms. Some are obvious by their acts and deeds. Others are less apparent, working quietly behind the scenes to effect meaningful change. And others still may take drastic measures that leave them unappreciated for their efforts, perhaps even being vilified as criminals, agitators or traitors by members of officialdom. Those who fall into this last category often don’t receive the recognition they deserve until well after the fact, despite their rigorous adherence to a strong sense of personal integrity (consider the case of Dr. Martin Luther King Jr., for example). But, in today’s fast-moving media age, it’s now possible to get the word out about someone’s heroic efforts quickly and widely, achievements portrayed in the revealing new biopic, “Snowden.”

In 2013, former CIA and NSA intelligence contractor Edward Snowden (Joseph Gordon-Levitt) stunned the world with his revelation of covert government operations aimed at collecting massive amounts of phone and Internet data from American citizens. This unprecedented aggregation of information was said to be essential for the US government’s intelligence operations in combating the war on terror. But was such an invasion of personal privacy truly necessary – or legal?

Fleeing from the US to Hong Kong, Snowden met secretly with filmmaker Laura Poitras (Melissa Leo) and reporters Glenn Greenwald (Zachary Quinto) and Ewen MacAskill (Tom Wilkinson) to divulge what he knew. This collaboration led to a series of explosive newspaper articles and the documentary “Citizen Four” (2014), all of which set off a media firestorm that made headlines around the globe.

For his efforts, Snowden was labeled a hero by some and a traitor by others. So why did he do it? That’s what this film is all about. Through a series of flashbacks beginning in 2004, viewers learn Snowden’s personal and professional history, first as an aspiring special forces soldier sidelined by injuries and later as a budding CIA operative under the mentoring of agency instructors Corbin O’Brian (Rhys Ifans) and Hank Forrester (Nicolas Cage). Snowden’s interest in such undertakings stemmed from the outrage he felt after the 9/11 attacks. As an avowed patriot, not to mention a computer genius, he wanted to give something back to his country. And, even though he didn’t quite fit the profile of a typical intelligence operative recruit, the powers that be recognized his talents, bringing him aboard without hesitation. 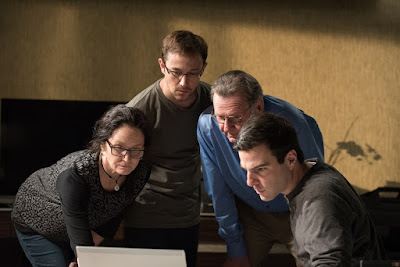 Upon the completion of his training, Snowden was placed to postings in Geneva and Japan with the CIA and NSA. However, the more involved he became in these operations, the more disenchanted he became. When he saw the true nature of some of the US government’s initiatives, he grew increasingly uneasy about his participation in them, especially when he learned that the agencies’ spying efforts entailed surveillance of not only foreign elements, but also a massive number of domestic parties.

The stress of this internal conflict took its toll on the idealistic young operative. Snowden began to question his beliefs, growing increasingly skeptical about the government and his personal convictions in supporting it. These circumstances also strained his relationship with his girlfriend, Lindsay (Shailene Woodley), and affected his health. Clearly, something would have to give. And so, while serving in a new post in Hawaii, he decided to take action, a bold move with the potential to blow the lid off everything – and that could potentially cost him everything.

Snowden’s odyssey is indeed an intriguing one. He firmly believed in doing his patriotic duty and sought the means to carry it out. It’s quite ironic, though, that he would end up engaging in acts that some would say embodied the antithesis of patriotism. Yet he ultimately did so in the name of that very concept, one that he believed his own government had turned its back on.

Given the foregoing, it’s obvious Snowden’s actions are inextricably tied up in his beliefs, convictions he held quite dearly. It should thus come as no surprise that events naturally unfolded directly in line with those notions, a cornerstone principle of the conscious creation process, the means by which we manifest the reality we experience through the power of our thoughts, beliefs and intents. And, with beliefs as clear and potent as Snowden’s, those convictions packed quite a powerful punch once they materialized.

Interestingly, even though Snowden believed strongly in carrying out his patriotic duty, it took him some time to find the means that expressed this idea with the greatest impact. He initially believed he could do the most good by exploring conventional channels, such as becoming a special forces soldier or working inside the intelligence community. But, when it came to his military experience, he wasn’t up to the challenge physically. And, when he pursued a career in intelligence, he became disillusioned when he found that his idealistic concepts of patriotism didn’t match the often-cynical, self-serving motives of officialdom. Snowden ultimately found his calling by following a very different path, one that deviated significantly from what he initially believed he would end up doing but that had impact far more sweeping than anything else he could have accomplished through more traditional milieus.

In conscious creation terms, some might call this an act of semi-conscious creation, one that’s sometimes fraught with unforeseen perils, particularly failing to recognize the attainment of our goals when we achieve them or being confused that our creations take forms different from what we initially envisioned for them. Snowden sought the fulfillment of his patriotic duty, though he probably never thought he would accomplish this objective by such unconventional and seemingly counterintuitive measures. His actions weren’t what he had in mind when he started out, yet they ended up fulfilling the same purpose in the end. In that sense, then, his experience serves to remind us that, when we engage in acts of conscious creation, we must take care not to confuse form with substance; we may well arrive at our goal, even if it’s dressed up in a different set of clothes from what he had anticipated.

Snowden was able to accomplish his goal by adhering to several key conscious creation concepts. Most notably, he abided by a strong sense of personal integrity, remaining true to himself, his beliefs and his actions. As conscious creators are well aware, we tend to achieve the most fulfilling and authentic results when we’re true to ourselves. By forming and adhering to beliefs genuinely in line with our basic nature, we realize outcomes reflective of those notions, and they’re often among the most powerful and impactful manifestations we can materialize.

To proceed in this vein, though, Snowden was not without challenges, particularly those that threatened his career, his freedom and even his personal safety. Yet, to see his goals realized, he routinely had to rise above these circumstances, facing his fears and living heroically. This often proved difficult, but Snowden was determined to see his mission through, always finding ways to circumvent the challenges put before him to achieve his objectives. This is where the power of beliefs once again comes into play; by holding fast to the fulfillment of his convictions, he also managed to manifest the solutions necessary to successfully surmount whatever obstacles crossed his path. 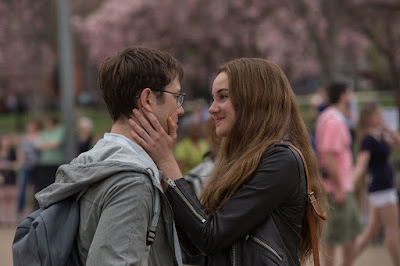 In the end, all of these efforts represented examples of Snowden’s value fulfillment, the conscious creation concept associated with living our lives as our best, truest selves for our own benefit and that of others. He alerted the world to troubling initiatives known by few outside the intelligence community. Insiders whose efforts he challenged may not have appreciated his actions, but, for those on the outside – and who were most directly affected by such undertakings – Snowden managed to shine a bright light on a slew of highly questionable activities. In doing so, he lived out (and continues to live out) his value fulfillment, giving further credence to the words of famed journalist Edward R. Murrow, who boldly proclaimed during his coverage critical of the McCarthy anti-American hearings of the 1950s, “We must not confuse dissent with disloyalty.”

Snowden is seen by many as a controversial figure, and those whose feathers he’s ruffled obviously hold a different opinion of him than what’s depicted here. However, over time, I suspect that his actions will be vindicated, that his daring acts will truly be seen for the heroic, patriotic aims that they were intended to fulfill. As noted earlier, we must not confuse form with substance, and that’s just as true here as it is in virtually any other conscious creation undertaking.

Though sometimes flat in its tone and drawn out in its pacing, “Snowden” is nevertheless an important piece of cinema that does an excellent job of detailing what happened and explaining the implications of the protagonist’s actions. Gordon-Levitt turns in an excellent performance in capturing Snowden’s soft-spoken but intense demeanor and distinctive vocal inflections, and he’s backed by an excellent supporting cast across the board. This may not be director Oliver Stone’s best cinematic effort, but it’s arguably one of his most significant productions. What’s more, this biopic, though a somewhat fictionalized account, ranks far superior to its documentary predecessor, which, commendably, captured history as it happened but became so bogged down in cyber jargon that its impact was lost on virtually anyone not fluent in tech-speak.

Taking a heroic stand requires remarkable courage and personal fortitude. Those are qualities Snowden demonstrated repeatedly throughout his career, and, when faced with conditions he could no longer sanction, he felt compelled to make them known to the world. He informed the public of secrets that likely never would have seen the light of day. What’s more, he inspired other whistleblowers to come forward to make injustices known. Indeed, if anyone wonders what it means to be a hero, particularly in the face of overwhelmingly oppressive scrutiny, Snowden wears the mantle well. Stepping up to the plate under trying conditions truly requires heroic efforts. And, for his part, Snowden shows us how.