‘Mia Madre’ muses about the nature of life and death

Coping with the impending death of a loved one presents each of us with a unique challenge. How do we respond? Do we approach it directly, seeing circumstances for what they are? Or do we hold out hope against hope, running the risk of drowning in denial? What’s more, what impact does such an event have on our outlook about our own mortality? Those are among the questions posed in the emotional new Italian comedy-drama, “Mia Madre” (“My Mother”).

Middle-aged filmmaker Margherita (Margherita Buy) and her brother, Giovanni (Nanni Moretti), are slowly watching their elderly mother, Ada (Giulia Lazzarini), die in a Rome hospital bed. Giovanni has taken a leave of absence from his job to address Ada’s many health care issues head on, while Margherita struggles to maintain a normal routine in between hospital visits. Margherita is wrestling with quite a full plate, too, given that she’s working on a new film with a popular but temperamental American actor, Barry Huggins (John Turturro), and preparing for a visit from her teenage daughter, Livia (Beatrice Mancini), and ex-husband, Federico (Stefano Abbati). But why is Margherita busying herself with such a loaded agenda? Is her attempt at doing it all some kind of statement about her competency and organizational skills? Or is she filling up her time in an effort to erect a façade that hides her feelings about what’s really happening? 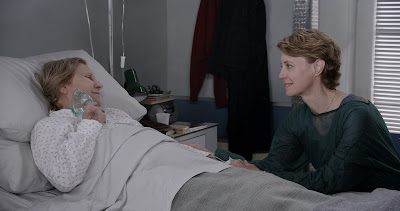 As Ada’s condition deteriorates, Margherita finds herself becoming embroiled in an array of distractions – some ridiculous, some pleasant, some troubling – including press conferences to promote her new film, the unpredictable antics of her leading man, her daughter’s pleas for a motorized scooter, the recent end of a failed relationship and an unusual, unexpected household incident. Some might view Margherita’s troubles as a case of “when it rains, it pours,” when, in fact, it’s more of a poorly veiled attempt at looking for ways to take her mind off things. But, no matter how much she tries to focus on addressing these diversions and other everyday affairs, the reality of her mother’s circumstances increasingly creeps into her consciousness. These thoughts become reinforced through her recollections of Ada (told through flashbacks), the impressions left by several disturbing dream sequences and bearing witness to her mother’s failing mental state, all of which serve to bring present circumstances front and center. They also compel Margherita to look at what she’s done with her own life and what the future might hold, realizations that force her into facing the fact that whatever transpires is all on her, something she doesn’t seem to have examined quite so profoundly until now.

Incidents like Ada’s demise are undoubtedly painful to witness. But they can also fulfill a valuable purpose by reminding us about some of the key qualities of our existence – its fragility, its fleeting nature and its potential for remarkable experiences. However, how many of us are truly cognizant of these traits on an ongoing basis? Do we glide aimlessly through life, losing sight of its precious gifts and taking them for granted? Do we become so preoccupied with the minutiae of daily life that we fail to see the big picture, to recognize or appreciate what our reality has to offer? Indeed, is our time so filled up with “stuff” that we require tragic experiences to snap us out of our complacency? 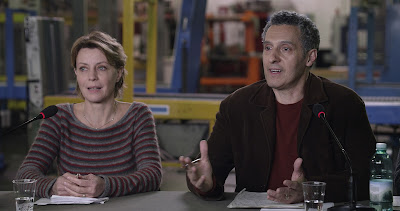 Such developments give us pause to think about our reality, particularly what drives it. This is where the question of our beliefs comes into play, which is important, given that they provide the cornerstone of the conscious creation process, the means by which we manifest our existence.

The creations of the film’s principals reveal much about their beliefs. Margherita’s reality is very much a reflection of her conflicted views about her mother’s circumstances and her own outlook on life. It becomes apparent she’s been oblivious to many of them for a long time, wrapping herself up in her art and the details of everyday living rather than focusing on the meaning of life – her life – and what she wants out of it. It forces her to look at her personal dissatisfaction and to begin contemplating what she might want to do about it. 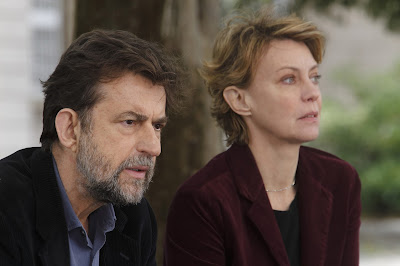 Fortunately, Margherita has several good examples to draw from for inspiration. Her brother, for instance, is a paragon of responsibility, showing her what it means to forthrightly take charge of matters, both personally and with regard to those he cares about. Barry, meanwhile, despite all his unbridled foolishness, shows Margherita what it means to have fun, to not take life so seriously, especially when he reveals a serious and potentially career-crippling challenge of his own. But, most of all, there’s Ada, whose cheery, indomitable optimism about life, even in the face of an impending end, keeps her going, despite such trying conditions.

Margherita (and the rest of us, for that matter) would be wise to pay attention to these sources of motivation and encouragement, especially if life isn’t panning out as we’d like. By drawing upon these examples, we have an opportunity to rewrite our beliefs – and change our existence for the better. That’s crucial, especially while we still have the time to avail ourselves of such inspiration.

Though slow to start and occasionally uneven, “Mia Madre” presents an ambitious look at life, death and how we approach them, a story that gets progressively better the further one gets into the film. Excellent performances abound, with many scenes that are raucously funny and others that are sublimely touching. Be patient with screening this one; it takes a little time to develop, but the wait is worth it.

Death, as we all know, is an inevitability. But, until that time comes, so is life, and how we approach it is just as important as what we do as the end draws near. We can choose to view our existence as a sequence of situations that never quite measure up to expectations, or we can look upon it optimistically, with hope for tomorrow, even if that tomorrow never comes. As noted above, it all depends on us and what we do with our circumstances, a lesson we’d best learn while we still have the chance. 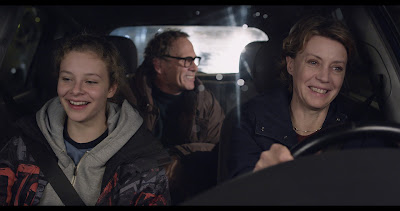 Posted by Brent Marchant at 1:49 AM