Despite concerted efforts to discredit the film and its director, the controversial documentary “Vaxxed: From Cover-Up to Catastrophe” offers a rather damning indictment of the US government agencies that appear to have seriously and deliberately misled the public about the safety of the pediatric MMR vaccine. This combination product, used to protect youngsters against measles, mumps and rubella, has potentially been linked to a skyrocketing rise in autism, especially among boys and, particularly, those of African-American descent. It provides ample food for thought for parents who are assessing the decision of whether or not to vaccinate their children.

Through the recorded confessions of Centers for Disease Control and Prevention whistleblower William Thompson and an impressive (and cogently explained) dossier of supporting data, filmmaker Andrew Wakefield has compiled a convincing case against the MMR vaccine in its current form and usage. But it’s important to note that, unlike what some reviewers have incorrectly contended, this is not a blanket rejection of all vaccines, nor is it a conspiracy theory diatribe run amok. The film clearly states, for example, that the individual vaccines used against measles, mumps and rubella appear to be safe, despite the alleged problems with the combination product. Instead, the film is a reasoned assessment of information about the combination vaccine that appears to have been intentionally deleted, tweaked or covered up to suit the needs of those who benefit from such acts. Whether comparable conditions exist for other vaccines is open to debate, but, since no evidence is presented making such claims, no definitive contentions to that effect have been asserted here. 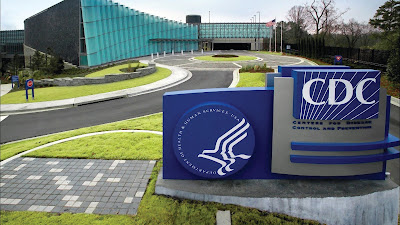 The Centers for Disease Control and Prevention. Photo © “Vaxxed: From Cover-Up to Catastrophe.”

So why does this film matter? Despite emphatic claims from official sources that the MMR vaccine is safe, there are countless anecdotal incidents that contradict such claims. And, when combined with the whistleblower’s statements, there would seem to be something here that’s worthy of further investigation and not blanket dismissal because of inconvenient facts.

The foregoing was borne out in part during the special screening I attended, which included a question and answer session with Wakefield, co-writer Del Bigtree and several other activists. At the start of the Q&A, the speakers asked how many people in the audience had family members who have been affected by the vaccine-autism link. It was shocking to see half of the theater stand up. This, it would seem, is more than just paranoia or conspiracy theory me-toosim. Something is going on that at least merits thorough, unbiased scrutiny and not dismissiveness out of hand.

Earlier this year, the film became the subject of controversy when it was withdrawn from New York’s prestigious Tribeca Film Festival not long before its scheduled screening. There was considerable hue and cry over the decision, which many saw as capitulation to special interests. That cancellation, however, proved to be a boon; the uproar created so much interest in the film that it was suddenly in demand for other festivals and special showings. (Who now doubts the notion that there’s no such thing as bad publicity?)

Admittedly, the picture gets a little bogged down in experimental design jargon at times. But this minor shortcoming is offset by concise explanations of effects and implications, punctuated by heartbreaking case studies that, unfortunately, could be a preview of what’s to come if actions to explore the matter definitively aren’t taken soon. With the possibility that one in two children and 80 percent of boys could be diagnosed as autistic by 2032 if this regimen of vaccinations continues, it would seem only prudent to give this issue another look.

To find out how to take action – and which specific actions to take – regarding this issue, watch the film and then visit its web site. 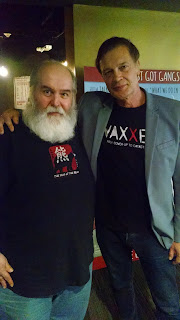 Posted by Brent Marchant at 5:48 PM