‘Experimenter’ probes the nature of our behavior

Have you ever wondered why some people do certain things? Better yet, have you ever asked yourself the same question, particularly when engaging in what you thought of as out-of-character behavior? Astonishingly, maybe those acts aren’t as anomalous as you might think, a poignant issue raised in the funny and intriguing new biopic, “Experimenter.”

Consider the following scenario: If you were ordered to do something you fundamentally disagreed with, would you comply? Most of us would probably say “No” without hesitation. But does that reaction truly hold water? That’s a theory psychology professor Stanley Milgram (Peter Sarsgaard) put to the test in an experiment he conducted at Yale University in 1961.

In Milgram’s study, test subjects were evaluated for their responses to an order to deliver painful electric shocks to an unseen stranger (Jim Gaffigan) strapped to a chair in an adjacent room. The shocks were to be given whenever the stranger gave incorrect answers to a series of questions, with the voltage intensity steadily increasing with each wrong response. To ensure compliance with the design of the experiment, a supervising technician in a lab coat (John Palladino) insisted that test subjects continue administering the shocks in complete disregard of the stranger’s increasingly vociferous cries for mercy and their awareness of his self-proclaimed heart condition. And, despite any objections or reluctance to continue, much to Milgram’s surprise, the majority of test subjects capitulated to the technician’s orders, delivering what they believed to be near-fatal electric shocks simply because they were told to do so.

In reality, the electric shocks were simulated, and the stranger’s impassioned pleas were pure theatrics. But, since the test subjects could not see their victim nor experience the actual intensity of the alleged shocks, they genuinely believed they were causing harm – and continued to do it anyway. 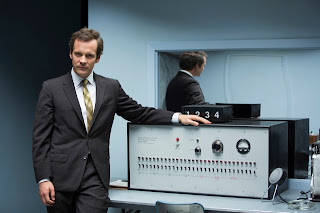 This conclusion prompted Milgram to ask, given what the test subjects believed was actually happening, why did they persist? Was it to appease a supposed authority figure (in this case, the lab tech)? Indeed, was this an example of “I was simply following orders”? There was quite an irony in this, too, since Milgram conducted his experiment at the time of the highly publicized trial of Nazi war criminal Adolf Eichmann, who asserted that very claim as the basis of his defense.

Milgram, the son of Jewish immigrants who fled Europe in the days before the rise of the Third Reich, was fascinated by this phenomenon. He truly wanted to understand why people would willingly behave in such a seemingly antisocial way, and he was undeterred in making his findings known, no matter how unpopular they might be and regardless of how much they might make people (including his professional peers) feel uncomfortable.

But Milgram’s so-called “obedience” tests came under attack, with claims that he was intentionally deceiving his test subjects through his experimental design. He contended such measures were necessary to evoke authentic responses, but critics balked, alleging that he was manipulating and coercing his subjects into submission. These charges tarnished Stanley’s credibility, making him out to be a grand deceiver. In fact, that label stuck so securely that, when he barged into a classroom to announce that President Kennedy had been shot, students didn’t believe him, his reputation for deception having eclipsed his credibility.

In an attempt to rebuild his reputation, Milgram went on to conduct other types of studies in new positions at Harvard and at the City University of New York. He performed investigations involving the “lost letter” technique for assessing public opinion, the “small world” social networking experiment (the basis for the “six degrees of separation” concept) and crowd behavior conformity tests on the streets of New York. These new studies, coupled with the devoted moral support of his loving wife, Sasha (Winona Ryder), and his trusted professional colleague, Paul Hollander (Edoardo Ballerini), helped bolster Stanley’s spirits and renovate his credibility to a certain degree. But a return to his obedience work with the 1974 publication of his book Obedience to Authority: An Experimental View reignited debates about his findings and reputation. These matters were exacerbated with the broadcast of “The Tenth Level,” a made-for-TV movie about his work starring William Shatner (Kellan Lutz) and Ossie Davis (Dennis Haysbert) that further distorted the findings of his Yale experiment. 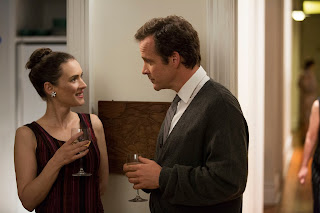 The stress placed on Milgram eventually took its toll. He succumbed to a heart attack in 1984 at the age of 51. But the impact of his work lives on, continuing to prompt questions among contemporary researchers about what we do and why.

The seminal question Milgram raised through his research – why do we do what we do – has implications that go beyond the obedience issue addressed in his Yale experiment. While behavioral compliance may be one of the most important areas of investigation involving this question, it can be asked in connection with virtually anything we do. This is not unlike what happens when we engage in conscious creation practice, the philosophy that ultimately aims to seek answers to very same query Milgram posed.

Conscious creation, which maintains we manifest the reality we experience through our thoughts, beliefs and intents, is responsible for the materialization of everything that appears in our existence. The key in this is identifying the specific beliefs we put to use in realizing what’s before us. So, asking why we do what we do is crucially pertinent in this context.

In essence, the purpose of Milgram’s experiment was to discover the nature of the beliefs underlying the largely unquestioned obedience exhibited by his test subjects. As Milgram observes in the film, if people find certain forms of behavior abhorrent, then why isn’t rebellion against it more common? That’s a legitimate question, given that roughly 65% of the experiment’s participants went along with what they were ordered to do, despite whatever objections they may have had.

This is where the power of beliefs comes into play, for they ultimately determine the outcome. For those who freely complied, beliefs in such notions as the need to respect authority, the desire to conform and fear of the ramifications of asserting one’s independence apparently trumped any thoughts they may have had questioning the necessity, legitimacy or propriety of their actions.

None of this is intended to pass judgment on those individuals who went along with the program. Beliefs are beliefs, and they hold sway until they’re overtaken by more powerful thoughts (including those that one might deem more “enlightened”). If the test subjects willingly embraced the aforementioned compliance notions, then those beliefs would dictate their behavior and the experiment results, even if other ideas tried to make inroads into their thinking. For his part, Milgram wasn’t out to criticize what they did; he just wanted to understand it.

Milgram’s own beliefs, of course, ultimately determined what he experienced, too. For example, through his experiment, he sought to discover the motivations that drive human behavior, no matter what they were. As a scientist, he freely embraced such an “objective” view of his research, and he likely assumed his peers did the same. Given the criticisms leveled against him, however, it would seem that he never thought his professional colleagues might have such “subjective” or emotional reactions to his results, data that he believed should be considered purely empirically.

From a devil’s advocate standpoint, one could also argue that the findings of Milgram’s experiment played out in line with his personal beliefs, all in true conscious creation fashion. Considering his fascination with how the Holocaust could have happened, and given that the timing of his experiment coincided with the Eichmann trial, one might contend that it’s no surprise that his research turned out as it did. His interest in these other issues might very well have colored his beliefs, with impact that bled through into the nature of his experimental design and study results. 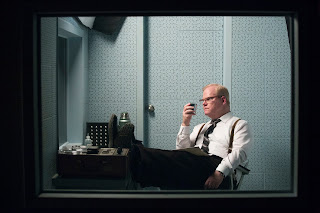 In a controversial obedience experiment, “victim” James McDonough (Jim Gaffigan) pretends to receive painful electric shocks in a room separated from the one allegedly issuing them in order to gauge the reaction of the test subject supposedly inflicting them, as depicted in the refreshingly witty new biopic, “Experimenter.” Photo courtesy of Magnolia Pictures.

Regardless of how such peer reactions arose, the result for Milgram at the time was disappointment and disillusionment. He had a hard time understanding his colleagues’ objections, unable to fathom how they, as scientists, could possibly have reacted as they did. But, as time passed and the appalled reactions to his work subsided, Milgram’s research came to be looked on in a new light. His findings have provided the basis of additional research, with his work cited frequently in psychological journals and texts.

This new appreciation for Milgram’s work has helped vindicate him and his findings. It took real courage for Stanley to step forward and remain steadfast about legitimate research results that were unpopular at the time just because they revealed something about human nature (and the manifesting beliefs behind it) that most people were afraid to acknowledge. Facing fears in this way is one of the hallmark principles of conscious creation, for it enables us to overcome limitations that can keep us from understanding ourselves and the character of our existence. If we ever hope to create a better world for ourselves, we must know where we need to make changes, and that process nearly always begins with an honest assessment of who we are and what we really want to manifest.

“Experimenter” is a little-known but delightful release that mesmerizes throughout. Its subject matter, which some might superficially see as dry and boring, comes to life with playful, sparkling wit and the inventive use of rear-screen projections that mirror Milgram’s inner life and reflect his insights into human behavior, social structures, and the interplay of reality and illusion. The film’s use of monologues to move the narrative forward – a script device I usually detest – is employed skillfully here, thanks to the screenplay’s crisp writing and the protagonist’s perfectly droll delivery. The ensemble cast is first-rate, with Sarsgaard giving an award-worthy performance in what is arguably his best on-screen portrayal to date, a role that was truly made for him.

If ever we question our actions, we need to stop and think about our beliefs, for they’re the driving forces behind them. And, if we want genuinely meaningful answers about said deeds, we must examine their underlying intents as honestly as possible, no matter how much we do or don’t like what we discover. Having the courage of someone like Stanley Milgram to get to the bottom of those exploits is critical if we ever hope to really know ourselves. Such realizations may be just what it takes to create a better world for us – and everyone else.